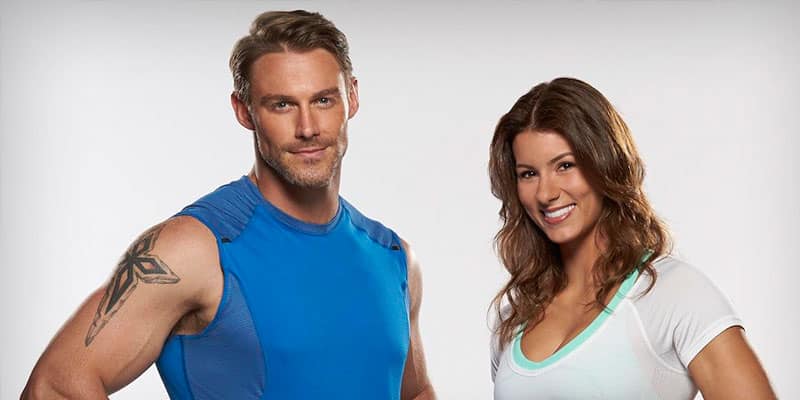 “We are excited to welcome Jessie and Jen into ‘The Biggest Loser’ family, and know they will be valuable players on this life-changing show that continues to inspire millions of people to embrace a healthy lifestyle,” said Paul Telegdy, NBC Entertainment’s president of Alternative and Late Night Programming. “We look forward to viewers meeting them and to revealing more great changes we have in store for the new season.”

Pavelka is best known for starring on Lifetime’s reality show “DietTribe,” as well as his roles in several British weight-loss documentaries. A fitness expert specializing in extreme weight loss, Pavelka also hosted a series of exercise programs on OWN called “Wake-Up Workout with Gaiam.” Earlier this year, he hosted the “Motivation Nation” segments on the U.K. morning show “Daybreak.”

Widerstrom is an expert on women’s health who has served as a fitness expert for Fitbie.com and a life coach for MSN.com. A former star of the NBC series “American Gladiators,” she is currently the lead female trainer for the InterContinental Hotel Group’s new “Even” wellness line.

This is just the latest change to be announced in regard to the popular show. Last week, it was confirmed that longtime trainer Jillian Michaels had decided to part ways with “The Biggest Loser.” Although Michaels will not be continuing with the series, Harper and Quince, as well as host Alison Sweeney, have all signed on to participate in the upcoming season.

Season 16 will be only the second in the show’s history to feature four trainers. In 2011, season 11 featured Harper and Michaels, as well as trainers Cara Castronuova and Brett Hoebel. Castronuova and Hoebel did not return for additional seasons.

NBC and FiveStar partner up to launch ‘Biggest Loser’ line of fresh and frozen meals
July 16, 2013
No Comments