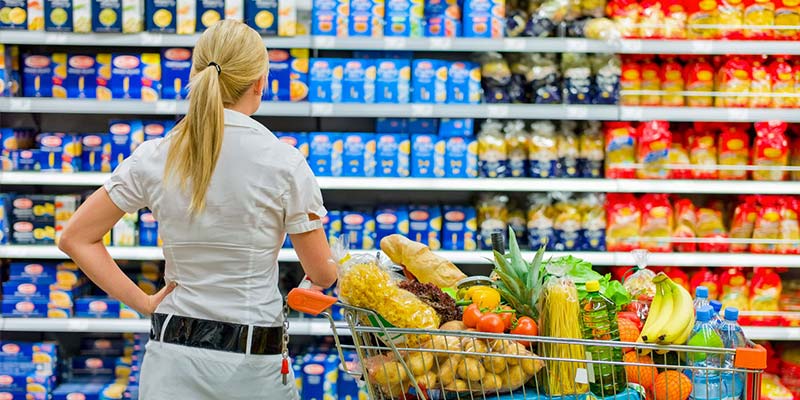 Eating well for your waistline and wallet

Eating a healthy diet isn’t simply a matter of knowing what to eat – though that’s a major factor. It’s also about knowing how to acquire and prepare such foods, and last but certainly not least, it’s about being able to afford these healthier foods. One of the biggest barriers to healthy eating is the belief that it’s expensive, a topic explored in a paper (1) coauthored by HSPH’s Dr. Dariush Mozaffarian.

This is an average price difference, however. Unhealthy diets can still be expensive, and you can create healthier diets that are quite affordable. Here are a few ways to do just that.

Eating well for your waistline and wallet

The first rule for saving is to prepare your own food – for all meals – rather than eating at restaurants (including fast-food restaurants). Self–prepared meals are almost always far less expensive, and for added convenience, try cooking larger quantities so you can make meals from leftovers later in the week.

Plant-based diets are not only considered optimal for health, they also tend to be more affordable. Animal proteins usually cost more, so rather than build a meal around meat, switch it up: Pick a plant for your main meal, and incorporate meat sparingly. You’ll still get to experience both, but in a proportion that is healthier for you and your budget.

When eating mindfully, many people find they are satisfied with less food. Eating less, in turn, can translate into buying less. So while mindfulness is excellent for health, it has an added budget benefit, too.

In a meta-analysis (2) of 24 studies about of the effect of food intake memory and awareness on eating, evidence showed that attentive eating is likely to influence food intake.

4. The paradox of processed

Fats, such as nuts, and protein sources, like fish and chicken, tend to cost more, but oftentimes you can be satisfied eating less of these “higher quality” foods. A simpler way to state it is that the higher the quality, the less it takes to satisfy your appetite. Fats and proteins tend to be more satiating, so it takes less of them to feel full.

So be wise when deciding what to eat. A bag of nuts may appear costly, but it could easily last a week or more. A bag of chips can have a lower price, but it could be gone in an hour! Processed foods may appear to be less expensive, but you’ll likely eat them faster – and eat more of them.

5. Examine how you calculate costs

Most people think of food costs as simply the amount you pay at the store. However, it’s a more complex equation. The cost of your food isn’t determined in the checkout line – the real cost of your food is calculated much later, when you examine its impact on your health. Paying more now may save you money later, in health care costs.