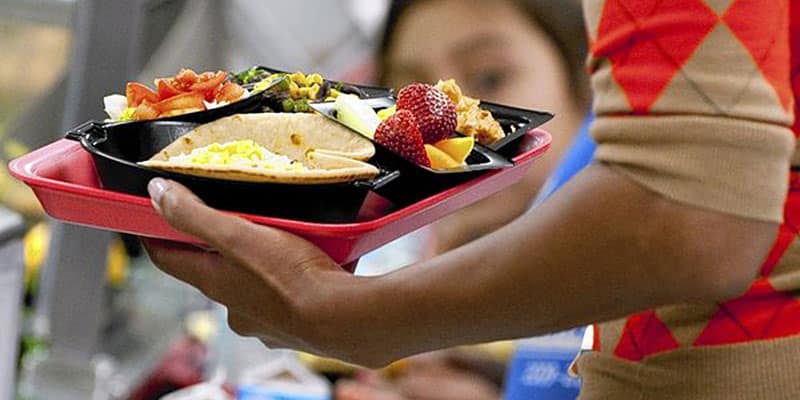 To hear tell, the mean ol’ GOP is waging war on Michelle Obama and, brace yourself, America’s children. Got it?

The newest war on women/children relates to the first lady’s well-intentioned but disastrous school nutrition program, otherwise known as the Dumpster Derby.

Kudos to Obama for recognizing and trying to address childhood obesity. If you think health care is expensive now, wait until these little human pillows reach adulthood and then, assuming their hearts hold out, advanced age. Assuming, too, that our bottom-line bureaucrats haven’t begun recycling high-maintenance humans by then. Might want to keep an eye on the Soylent Green market.

No, I’m not suggesting death panels. I’m employing hyperbole in the service of a point, the necessary clarification of which highlights our mind-numbing politics and our nation’s diminishing sentience.

The first lady’s “Let’s Move!” program and her focus on whole foods (as opposed to fast) and water instead of sodas have been welcome developments. Who better to bring needed attention to such issues? Obama is merely expanding her maternal focus to include all those public school kids whose mothers apparently have forgotten how to make a sandwich. Or whose fathers have forgotten to say, “Get those plugs out of your ears and make friends with the lawn mower” — or whatever its urban comparable.

But, as is often the case with mammoth federal programs, one size does not fit all. Many school districts have inadequate funding to meet the new nutrition standards and have had to borrow from educational programs, in some cases shutting them down.

Moreover, the kids detest the food and are tossing their lunches, so to speak, into the dumpster. Some school districts report having to purchase or lease more dumpsters to accommodate the extra garbage, increasing their waste-collection costs as well.

These are but a few of the stories I heard recently when I spoke to about 1,000 members of the national School Nutrition Association. There isn’t a more dedicated, decent, heroic group of people in the association encyclopedia. Not only are they burdened with meeting unfunded federal mandates, but they have to hear the gripes of America’s hungry darlings. The association, which initially supported the new standards, has been lobbying for just the sort of bill Republicans have produced.

This doesn’t mean that the first lady’s program is “gastro-fascism,” as one writer put it, though I rather like the term. Nor is this a Republican war on the first lady or the children who refuse to eat food they don’t like. I am not blind to the brat factor here, but nutritious food needn’t be inedible. Also at play are cultural differences. Apparently, children in the Southwest don’t like whole-wheat tortillas and Southern kids prefer their chicken fried.

I’m with the first lady all the way on making modifications to lunches swimming in grease and overseasoned with sugar and salt. But perhaps there’s a middle ground that allows a little local wiggle room.

Surely school nutritionists are capable of coming up with healthier meals that also taste good.

Alternatively — and this is where I wish this debate were heading — Obama could suggest that parents prepare their children’s meals.

Since when were we too busy to scramble an egg or toast a slice of bread? Since the national narrative of women’s liberation concentrated on the kitchen as metaphor for homebound drudgery and oppression, that’s when. On the upside, more men are learning to cook, if my home is an example.

When it comes to home food preparation, the very poor need extra help, obviously, but quality nutrition, like most important things, begins at home. And for a majority of people, the cost is not prohibitive. Using data from the Bureau of Labor Statistics, a piece of toast spread with peanut butter and topped with sliced banana — a filling breakfast loaded with protein, carbohydrates and potassium, among other nutrients — costs on average about 50 cents.

We can’t all have a chef or send our children to private schools with meatier lunches, as the Obamas do. But we can feed our children for less trouble and money than some think. Maybe the first lady can modify her message along with our menus: Cook for your kids and they’ll grow smart and strong.

Not to get too carried away, but food, you know, is love.