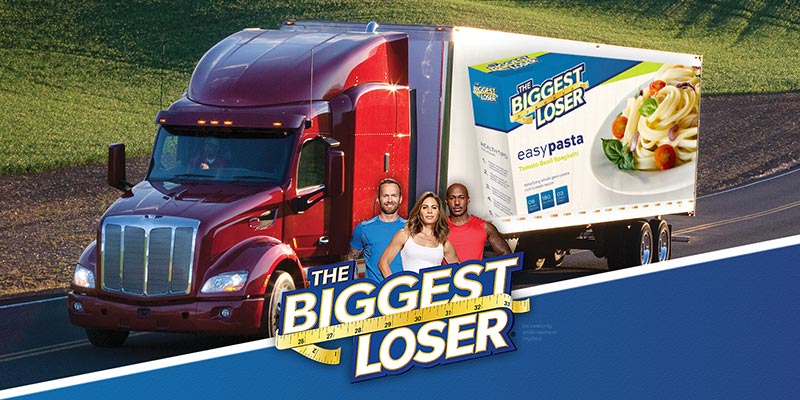 NBCUniversal Television Consumer Products and Five Star Gourmet Foods announced today they are teaming up for the launch of a new line of “The Biggest Loser” fresh and frozen healthy meals and snacks. The line, which is expected to launch later this year, will include branded single-serve salads, fruit and veggie snacks, bagged salads, fresh and frozen steamed meals.

The deal was brokered by Joy Tashjian Marketing Group and was licensed through NBCUniversal Television Consumer Products and Shine America.

Five Star Gourmet Foods has over 20 years of experience in the prepared fresh and frozen food industry and has made a name for itself as an innovator; introducing green packaging, providing healthy choices, delivering impeccable quality and exceeding industry standards for food safety.

“A few years ago Five Star Gourmet Foods was given The Challenge to bring healthy vegetarian meals to the largest school district in the United States. Within one year we were able to turn a district with a reputation for serving low-cost and high-fat foods into an award-winning institution recognized as the top district in the country for its vegetarian entrees. That turnaround story caught the attention of many, including the U.S. military, which has asked us to do the same for them,” said Tal Shoshan, chief executive officer and certified executive chef. “Now, with the ‘Biggest Loser’ brand and the healthy lifestyle it stands for, we feel privileged to change the way America eats. Our aim is not to make diet food, our aim is to make great-tasting foods that just happen to be good for you.”

“‘The Biggest Loser’ licensee partners play an integral role in extending the brand beyond the television screen where we can truly make a major difference in many of our viewers’ lives,” said Monica Austin, Senior Vice President Business and Brand Development, Shine America. “Five Star Gourmet is an ideal addition to our lineup of lifestyle brand partners as they share ‘The Biggest Loser’s’ commitment to helping Americans lead healthier, more productive lives.”

“The Biggest Loser” is going into production for its 15th season this summer and will air Tuesdays at 8 p.m. ET this fall on NBC.