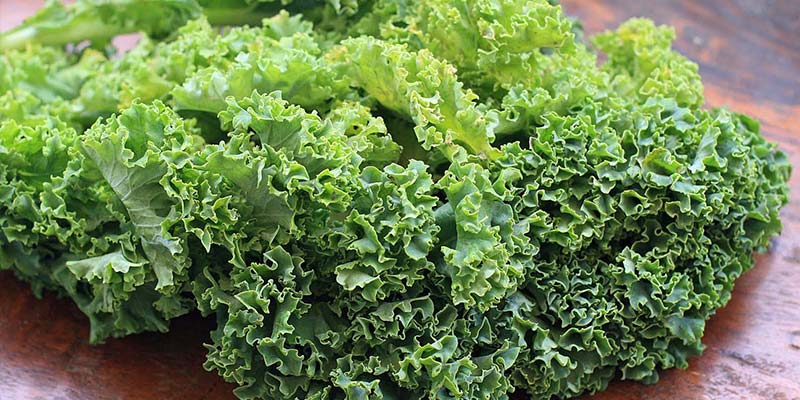 What’s New and Beneficial About Kale

While not as well researched as some of its fellow cruciferous vegetables like broccoli or cabbage, kale is a food that you can count on for some unsurpassed health benefits, if for no other reason than its exceptional nutrient richness. In our own website food rating system, kale scored 4 “excellents,” 6 “very goods,” and 10 “goods” – for a total of 20 standout categories of nutrient richness! That achievement is difficult for most foods to match.

Kale’s special mix of cancer-preventing glucosinolates has been the hottest area of research on this cruciferous vegetable. Kale is an especially rich source of glucosinolates, and once kale is eaten and digested, these glucosinolates can be converted by the body into cancer preventive compounds. Some of this conversion process can also take place in the food itself, prior to consumption.

Also worth noting in kale’s nutritional profile is its vitamin K content. Kale contains nearly twice the amount of vitamin K as most of its fellow cruciferous vegetables.

In addition to the above-cited nutrients, according to our Food Rating System, kale is an excellent source of vitamin A (in the form of carotenoids), vitamin C, vitamin K, copper, and manganese. It is a very good source of vitamin B6, dietary fiber, calcium, potassium, vitamin E, vitamin B2, iron, magnesium, vitamin B1, omega-3 fatty acids phosphorus, protein, folate, and niacin.

Kale as a “Goitrogenic” Food

Kale is sometimes referred to as a “goitrogenic” food. Yet, contrary to popular belief, according to the latest studies, foods themselves—kale included—are not “goitrogenic” in the sense of causing goiter whenever they are consumed, or even when they are consumed in excess. In fact, most foods that are commonly called “goitrogenic”—such as the cruciferous vegetables (including kale, broccoli, and cauliflower) and soyfoods—do not interfere with thyroid function in healthy persons even when they are consumed on a daily basis. Nor is it scientifically correct to say that foods “contain goitrogens,” at least not if you are thinking about goitrogens as a category of substances like proteins, carbohydrates, or vitamins. With respect to the health of our thyroid gland, all that can be contained in a food are nutrients that provide us with a variety of health benefits but which, under certain circumstances, can also interfere with thyroid function. The term “goitrogenic food” makes it sound as if something is wrong with the food, but that is simply not the case. What causes problems for certain individuals is not the food itself but the mismatched nature of certain substances within the food to their unique health circumstances.